The Theory
The Hudson-made video chip inside the PC Engine only outputs two video formats: composite video, and RGB. Happily, RGB is the stuff from which all other formats are born. Once your RGB is tapped it can be easily converted to Component or S-video, giving stunning output far superior to what the PC Engine natively offers. 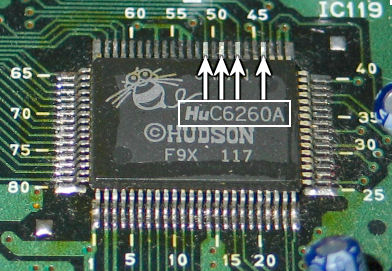 
Use caution when attaching wires to the chips, if you over-stress the legs you can break them off and then there's no RGB for anybody. You won't ruin the system if you break them though, these RGB signals aren't normally used. 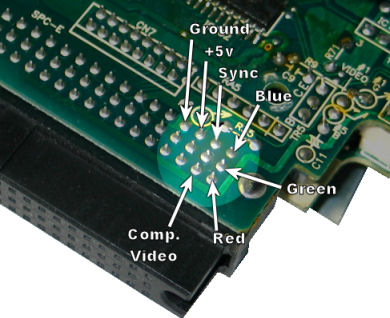 This is easier than the other method, but obviously won't work on some models. There's another advantage to this method: you can use it on the peripheral, instead of the system, and modify (for example) the CD ROM instead of the console, so any base unit plugged in will benefit. I've put this into CD Systems and even a Tennokoe 2.

The Output
There are a lot of ways to get this new RGB output to the outside world. While I'd normally recommend my custom AV connector the shape of the DB9 makes it difficult to make nice clean holes - this Duo-R mod got a little messy. When working with PC Engines you might consider using a DIN-8 connector, which has the advantage of being round (so you can use a drill to make a simple, clean hole) and allows you to maintain compatibility with normal PC Engine AV connector. The bottom five pins on the PCE's DIN5 and the DIN8 are the same. 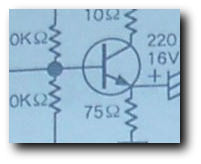 Bonus Tips!
Finding Ground: As a general rule of thumb, any large blobs of solder holding something down will be connected to a very large metal trace running around the board, and you can use this as a grounding point. When in doubt, look at the screws. They're always connected to ground.