The insides are mostly genuine arcade parts. The joystick appears to be a solidly-made custom mechanism (or a modified arcade mechanism). The buttons are stock arcade buttons. All switches are connected directly to a DB-15 port on the back of the controller; there are no encoder boards of any kind inside.

Pinout for the DB-15 port is as follows:

The controller is supplied with an external encoder box. The encoder plugs into the back of the controller, and in turn adaptors for several different consoles can be plugged into the encoder box. “Bat” and “ball”-style knobs are included for the joystick and can easily be swapped with a screwdriver.

The encoder box has turbofire and slow-motion functions, and supports multiple platforms through various adaptors: Famicom, SNES/SFC, Genesis/MegaDrive(3-button only), and PC Engine/Turbografx-16(2-button only). An adaptor was also presumably available for the Neo-Geo. 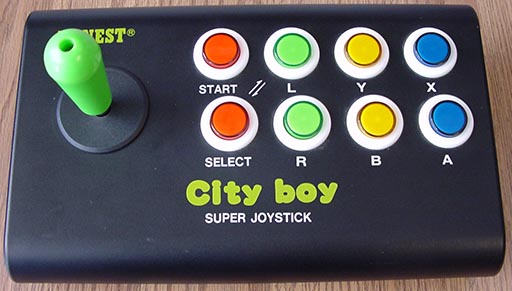 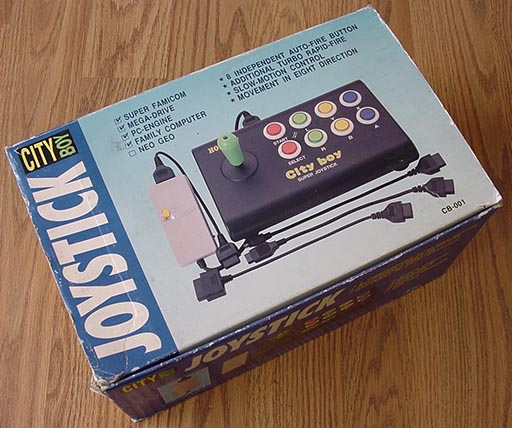 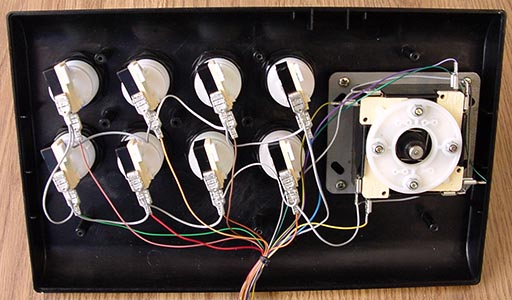