Cyrano's the last of the easy maps, though it can be very difficult if you don't plan your assault carefully. Take advantage of the ZOC and pincer the first two Guicy tanks. By positioning your tanks on opposite sides you can completely surround the enemy with your ZOC, reducing their defense to half and wiping them out early. 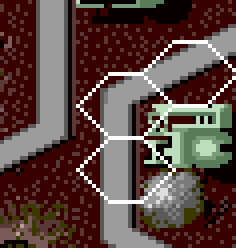 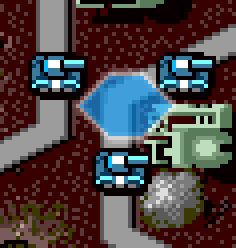 Later in the game the CPU might try to repair his units. If you position your tanks like this you can annihilate them when they emerge. They're completely surrounded by your ZOC and won't last a single turn.