Be warned that your problems may not lie only in the capacitors, but it's a good first start.

Only low profile capacitors are used in these drives so make sure that you buy the smallest you can get. When replacing capacitors, be sure to note the polarity. 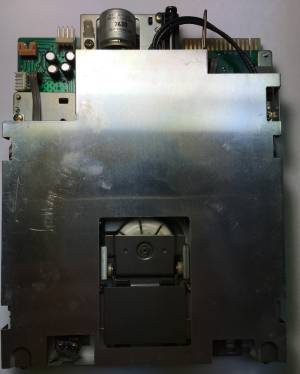 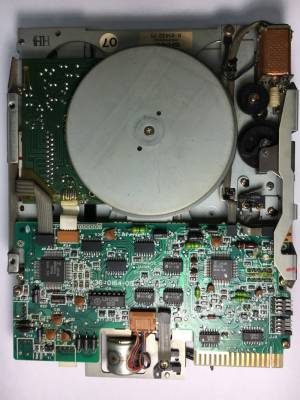 Follow the following set of pictures as you take the FDD apart. Be careful as some of these parts are old and fragile. Keep all the screws in a safe place. After the capacitors have been replaced, you will do the reverse in reassembling the drive.

NOTE: You can click the pictures below to see full size close-ups. 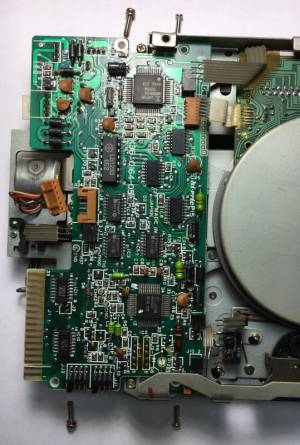 - On the other side of the drive, remove the 4 screws holding the FDD shield and remove the shield:

- After the shield is out of the way, you will need to remove 3 ribbon cables. Afterwards, remove the 2 FDD head cable connectors. Note the order. In this example, you'll see the ribbon closest to the middle of the FDD has a pink line drawn across it at the factory: 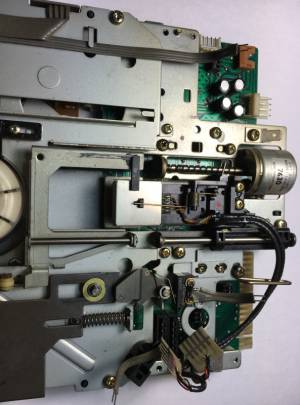 - At this point, the main drive PCB has been removed. Next you need to free the floppy spin motor PCB. Remove the 6 bolts holding the floppy eject mechanism. Note one of them has a spring and washer (don't lose it): 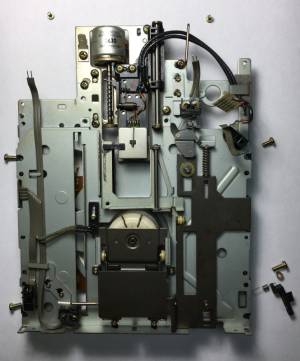 - Pull the ribbon cable out from the other side, and start rotating carefully the floppy eject mechanism away from the FDD body. Pay close attention on how everything is assembled. You will need to put this back together afterwards. In particular, there is a lever with spring on the top right. Note the spring location. 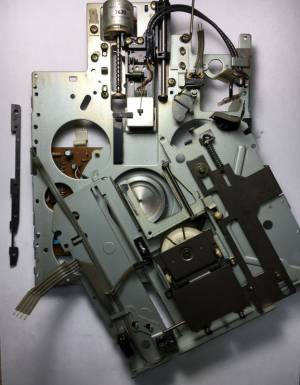 - Finally, you exposed the 3 bolts holding the FDD spin motor PCB. Unscrew them: 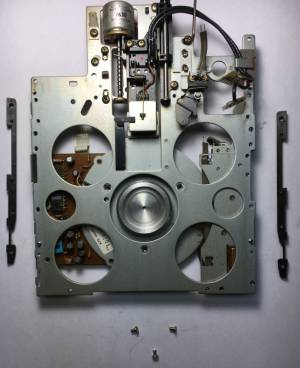 Now that you freed the 2 PCBs with the capacitors on them as shown below. Note that the FDD spin motor PCB has no polarity marking as well as a single capacitor that is bipolar. 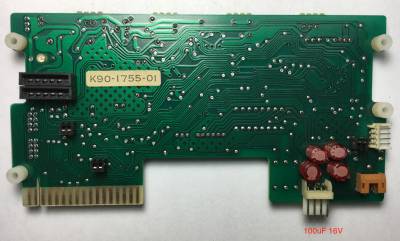 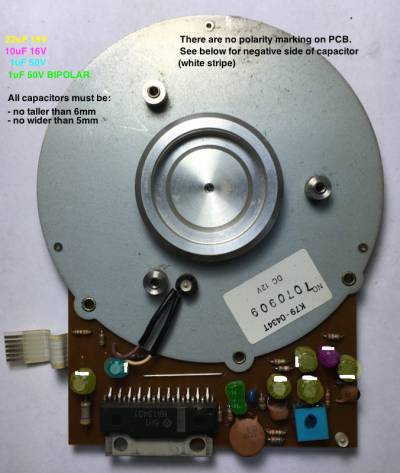 Reverse the order shown above to put the FDD back together. It is wise to do other maintenance at this point as well, including: